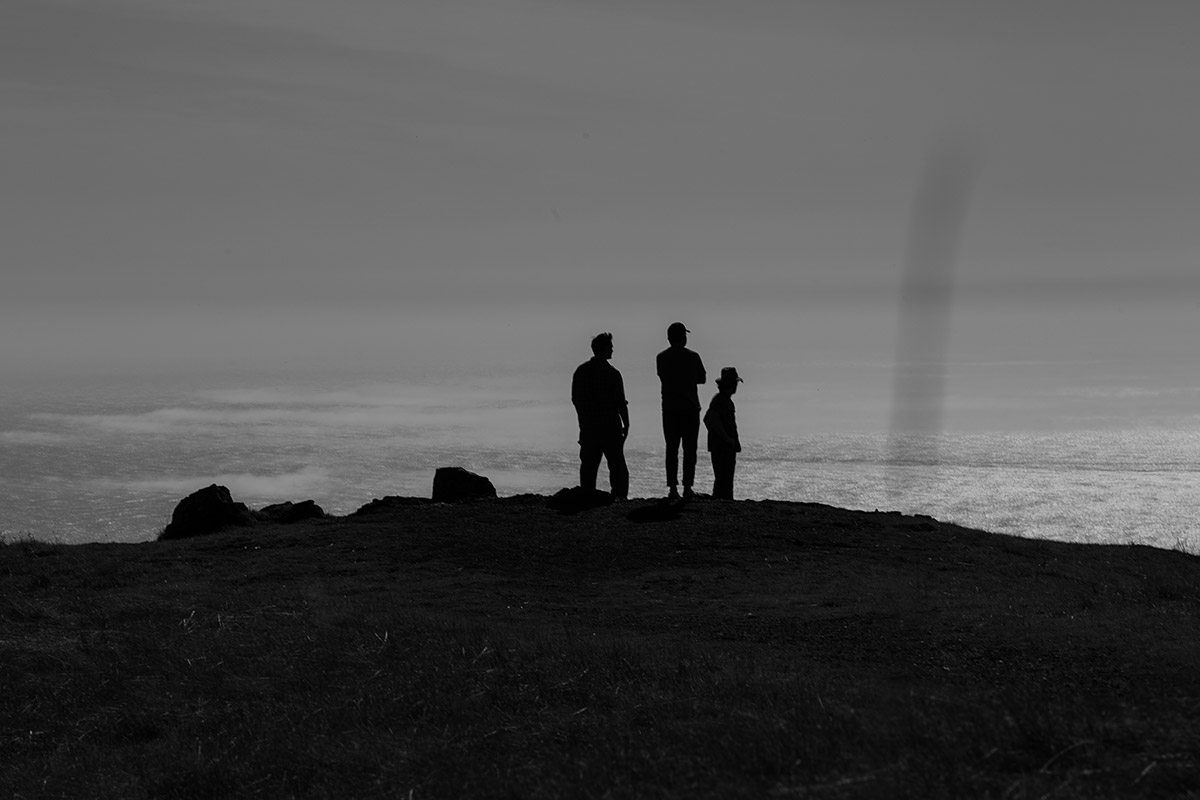 Sometimes, we rise to the occasion. Other times, the occasion rises to us. Both could be said about Dispatch, one of the country’s most successful independent bands, and their forthcoming album, America, Location 12. Built on tales of struggling immigrants, forgotten veterans and children cast aside, Dispatch (Brad Corrigan, Chad Stokes and Pete Francis) has crafted a set of songs that tap into the peace and plight of the human condition, chiseling a spot in our culture that has perhaps never been quite so vital. Their sixth full-length LP, America, Location 12, marks a return to form – and a path to the future – for the trio whose music has always made us take stock of our place in the world, and forced us to remember that the first pillar of social responsibility is to be kind and decent to one another. And, beneath it all, to find moments of joy and inspiration that sometimes only music can provide.

It’s impossible to deny that few bands – at any level – have been able to achieve what Dispatch has: three sold-out shows at Madison Square Garden to raise funds for Zimbabwean humanitarian efforts, world tours and a 2004 concert in Boston that drew 110,000 fans. But Dispatch never felt bound by their success, and over the past decade they have focused as equally on solo projects and non-profit work as what they could create as a trio. America, Location 12 comprises eleven songs that show a Dispatch here for the long and messy haul, oozing with their signature energy and a new urgency in a time when a moment wasted is a moment too long.

“It’s been like a part-time job, moonlighting with each other,” says Stokes about the band’s status up until a year and a half ago, when they decided to go from occasional tours to a new kind of commitment. “If we’re going to be in this band together, let’s really do it. We have a lot more appreciation for each other as a trio now. And we saw an opportunity to sing songs about issues that were of a real concern to us socially.” Corrigan agrees. “We didn’t want to turn into a nostalgic band that just plays every now and then,” he says. “We really wanted to reconnect with our fans.”

To make America, Location 12, the band enlisted John Dragonetti (The Submarines) as producer and Mike Sawitzke (Eels) as engineer and decamped to a mythical setting in Northern California: Stinson Beach’s Panoramic House, a studio isolated by miles of winding roads and packed with found objects and ethereal beauty. “We were recording as the surrealism of the election hit,” says Corrigan. “Despite the circus of it all, we were still holding on to hope with candidates who prioritized caring for refugees, the environment, and dealing with social justice issues head on. But when that hope ended up eclipsed by the divisiveness of the election, we threw ourselves even more fully into the songs to embed our hope and anguish there. The energy inside and outside the studio was just so surreal in that window, but I do think ultimately it helped us create an album rife with urgency, honesty and self-reflection.”

“It’s always been important to us as a band to take a stand on social and political concerns,” says Francis. “Now, it felt like this sense of activism seeped into the songs in ways they never had before. We couldn’t ignore everything that was bubbling around us.” But in true Dispatch fashion, they made sure to release a first single, “Only The Wild Ones,” that is focused not on fight, but on freedom. Set to a rhythmic, African-inspired groove, it’s a song with a nod to one of Jack Kerouac’s signature passages from On the Road and praises those who barrel through each day with an unbounded quest for joy and truth. Stokes was singing about two men from his college days who could hop a freight train one moment and cavort around New York City the next, but it’s really a reminder that the best life is lived off in the world, not online.

Like “Only The Wild Ones,” much of America, Location 12’s inspiration came from Stokes’ vast internal catalogue of literature and art, and his uncanny ability to meld details from the past and present of his own life – and the world at large – to make unforgettable stories that hit at the heart. Knowing that the time had come for a new Dispatch album, their first since 2012’s Circle Around the Sun and perhaps their most “deliberate” in over a decade, Stokes decamped to a small cottage in the middle of winter with not much more than a wood stove and endless inspiration, from 14th century poetry, to a magazine donning Bob Dylan on the cover to newspapers reflecting the rise of a terrifying new populist sense of power. It was there he wrote, as material poured into the songs – songs that were then shaped into the final product with the help of his bandmates. As a result, America, Location 12 is both imaginative, tearful and topical, and almost startlingly cogent at times. “The songs are more focused,” says Francis. “They’re laser-beamed.”

Adds Stokes, “There are all sorts of parallels, and it makes sense it is happening now. For whatever reason, it felt like some of those issues that I wrote about are now really intense issues. Everything feels like it’s coming to a head. If we can be a band in today’s climate that brings these issues up in a non-traditional way, then that’s really fulfilling for us.”

The results range from gorgeous, heartbreaking odes to children in Central America who must flee from gang violence in search of a better life (the Beatles-tinged “Rice Water”); to the fire and fury of the album’s opener “Be Gone,” written about the plight of Native Americans who are often forced to the fringes; to the tender “Curse and Crush,” about a family member who passed away and how we must center on the most basic palate of life that we all share. “We fight and we fuck and we make up,” they sing in soft harmony to a locomotive beat. And then there are tracks like the thunderous “Skin The Rabbit,” full of ponderings about a world in disarray that builds to deep, rallying cry.

“For us, it’s always been best to be for something rather than against something else,” says Corrigan. “When you make statements that are for things, then people can really rally round it. Strength in numbers still wins.”

Dispatch has been known, since the band’s inception in 1996 in Boston, as being more than just about the music – they’ve constantly directed their energy to causes and campaigns along the way. Apart from their work as a trio, Stokes also created a non-profit, Calling All Crows, that joins bands and fans together in collective activism that’s raised more than a half a million dollars, and Corrigan has been at work on Love Light + Melody to amplify the stories of children who live in extreme poverty. As they tour to support America, Location 12, beginning in June at Red Rocks in Colorado, Dispatch is sure to find new ways to engage their fan base in the issues that matter most.

Dispatch heads into the era of America, Location 12 with both the passion and vigor of a band in their infancy and the knowledge and power of one together for twenty years and counting. In a world where hope is in short supply, fear runs rampant and alternative facts blare louder than the truth, we need, more than ever, music that is honest. And Dispatch is rising to the occasion. “I think what we are most excited about for our band is the commitment we made. Because the best art is still yet to come,” says Corrigan. “It’s fun to get back on the ship together. Hopefully we are a stronger band than ever before.”

Price of tickets does not include service fees.