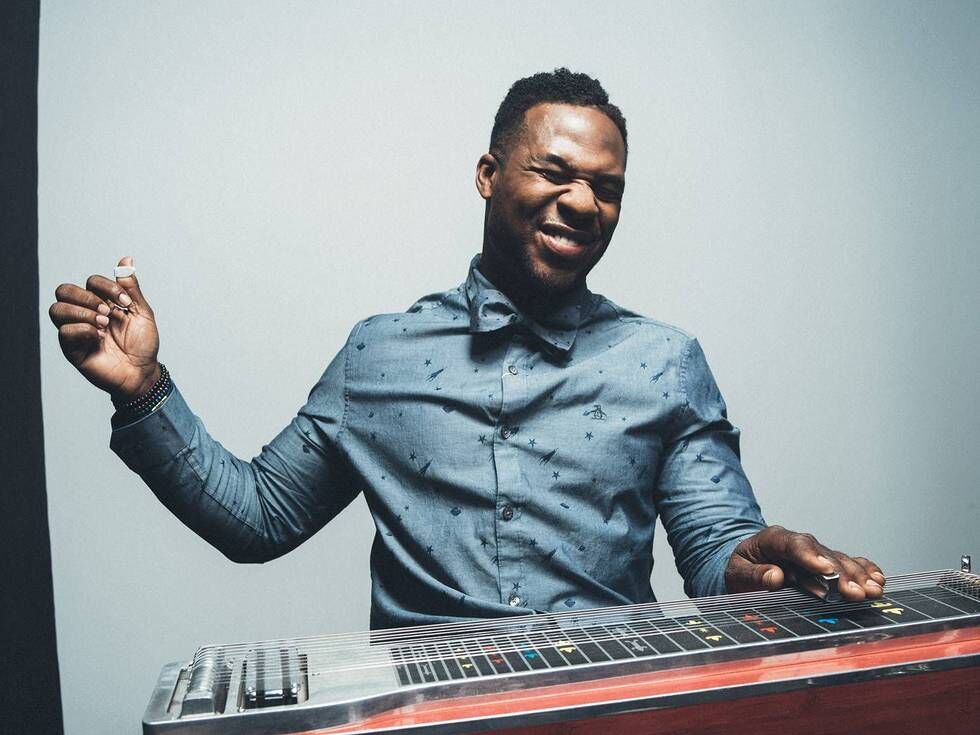 Many musicians claim that they “grew up in the church,” but for Robert Randolph that is literally the case. The renowned pedal steel guitarist, vocalist and songwriter led such a cloistered childhood and adolescence that he heard no secular music while growing up. If it wasn’t being played inside of the House of God Church in Orange, New Jersey—quite often by Robert and members of his own family, who upheld a long but little known gospel music tradition called sacred steel—Randolph simply didn’t know it existed.

Which makes it all the more remarkable that the leader of Robert Randolph and the Family Band—whose label debut for Sony Masterworks, Got Soul, will be released on Feb. 17, 2017—is today an inspiration to the likes of Eric Clapton, Carlos Santana and Derek Trucks, all of whom have played with him and studied his technique. It wasn’t until he was out of his teens that Randolph broke away from the confines of his social and musical conditioning and discovered rock, funk, soul, jazz and the jam band scene, soon forging his own sound by fusing elements of those genres.

“It was all church music. It was a movement within our church and that’s all we used to do,” says Randolph of the sacred steel music he played at the time, music whose association with his church stretches back to the 1920s. Once Randolph began to discover other forms of music, he saw how they were all connected, and was eager to find his own place. “All music is related. Gospel is the same as blues,” he says. “The only thing that changes is in hardcore gospel people are singing about God and Jesus and in the blues people are singing about ‘my baby left me’ and whiskey. When we first started out, guys really weren’t allowed to leave the church. I was the one that stepped out and started this thing. My dad would say, ‘Why do you come home smelling like beer and cigarettes?’ ‘Well, we just got done playing some smoky club till 2 a.m.!’ It was all foreign and different.”

By the early 2000s, Randolph had begun applying his dazzling steel guitar technique to secular music, and from that grew the Family Band. The group’s sound was so different than anything else around that they were soon packing New York City clubs. Their first album, 2002’s Live at the Wetlands, was recorded at the now defunct jam band haven, and was followed by four studio albums and another live set, each widening the band’s audience—they’ve long been regulars on the festival circuit—and broadening their stylistic range as well.

“Things happened really fast,” Randolph—named one of the 100 Greatest Guitarists of All Time by Rolling Stone—says now. “When I look back on that time, to be honest, I had no idea what the hell we were doing. We’d get told, ‘You guys are going on tour with Eric Clapton.’ ‘Oh, OK.’ I thought, this guy must not have a clue who I am but the first time I met him we talked for about an hour and played music backstage.”

The Family Band’s improvisational skills quickly made them mega-popular among the jam-band crowd, but for Randolph and his band mates, what they were doing was just an extension of what they’d always done. “The jam band scene has that name but it’s really a true music art form scene where you can just be who you are,” Randolph says. “We fit in that category in some sense but the jam band scene itself has changed a lot since that time. I’ve grown to like songs and I like to jam within the song.”

On Got Soul—which features guest artists Anthony Hamilton, Darius Rucker, Cory Henry—Robert Randolph and the Family Band walk that line deftly, displaying their virtuosity within the context of a dozen smartly crafted tunes. “I like both playing live and recording,” says Randolph. “The thing about a record is you get a chance to rehearse parts and fine-tune things. But if you look at most great music artists—people like Stevie Wonder—the song is totally different from the show. When you’re in the studio, it’s hard to improvise without an audience. But for us, well, we’ve been playing in front of audiences our whole lives.”