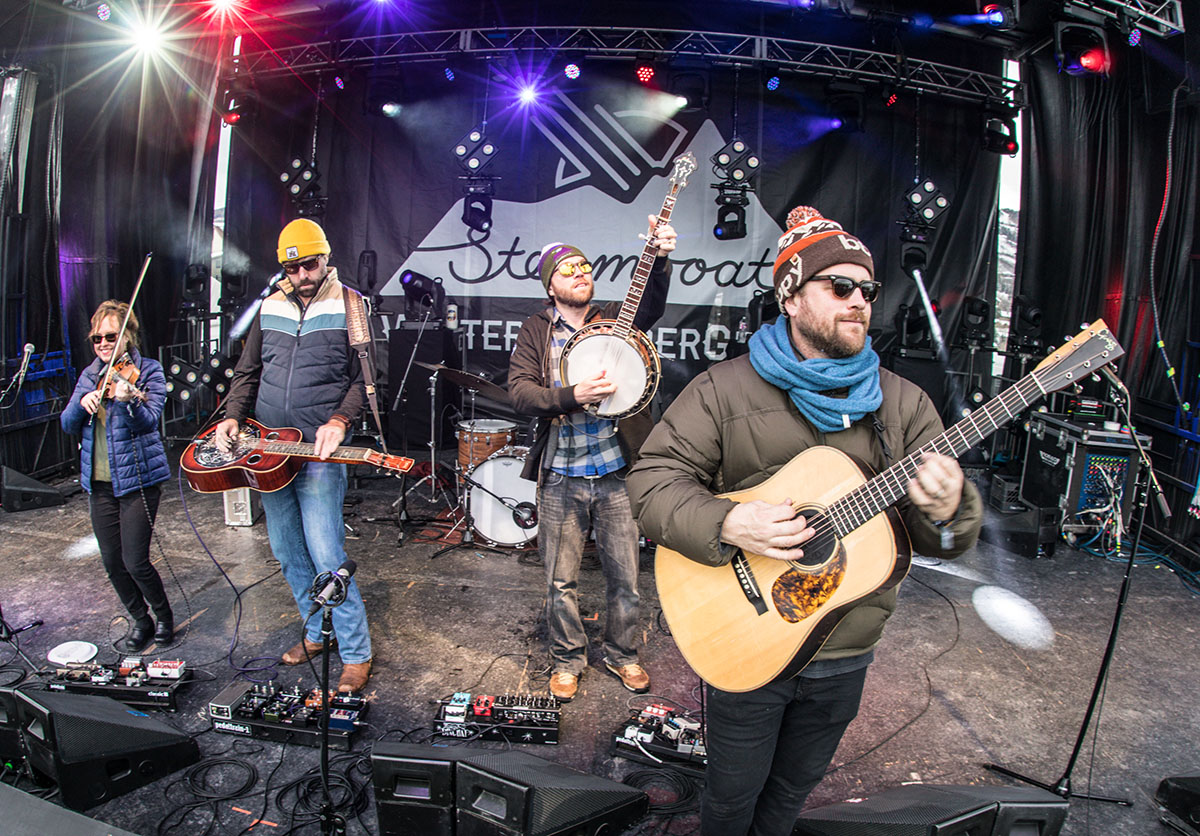 Adam Aijala – Yonder Mtn String
The guitar player for Yonder Mountain String Band. Inspired by the a variety of styles, he has honed his skills as a solid rhythm and flat-picking guitarist. He loves sharing music and never takes it for granted!

Andy Andy is the dobro player for the Grammy winning bluegrass band Infamous Stringdusters. His powerful dobro style, rich vocals and quality songwriting is a notable feature of the group.

Andy Thorn – Leftover Salmon
Andy won the RockGrass Bluegrass Festival’s banjo contest in 2003 and is also known for playing in Larry Keel’s band in the state which he originally hails from, North Carolina. Since being drafted from the Emmitt-Nershi Band to join Leftover Salmon, Andy Thorn’s powerful, driving, banjo picking has helped carry the band to new heights.

Bridget Law – Elephant Revival
Bridget is a founding member of the group Elephant Revival. Original music is her passion and she enjoys supporting creative people as they dive into new realms of musical expression. Currently her main musical project is with her beloved, the group is called “Tierro with Bridget Law.” You will also see her guesting often with WE DREAM DAWN, Bonfire Dub and many more!

Dango Rose – Elephant Revival
Dango embraces a passion for music as a vital healing influence and as a spiritual path. So far on his journey he is best known as a lyricist and bassist for Elephant Revival, but he is exploring new territory as a producer and a record label executive.

Darren Garvey – Elephant Revival
Darren became the newest member of Elephant Revival in 2016, joining them on drums and percussion.  Darren is also a multi-instrumentalist and songwriter, releasing his sophomore solo record Heart Attack Sleeves this year.

Scotty Stoughton – Bonfire dub
Scotty is the lyricist and singer for Bonfire dub.