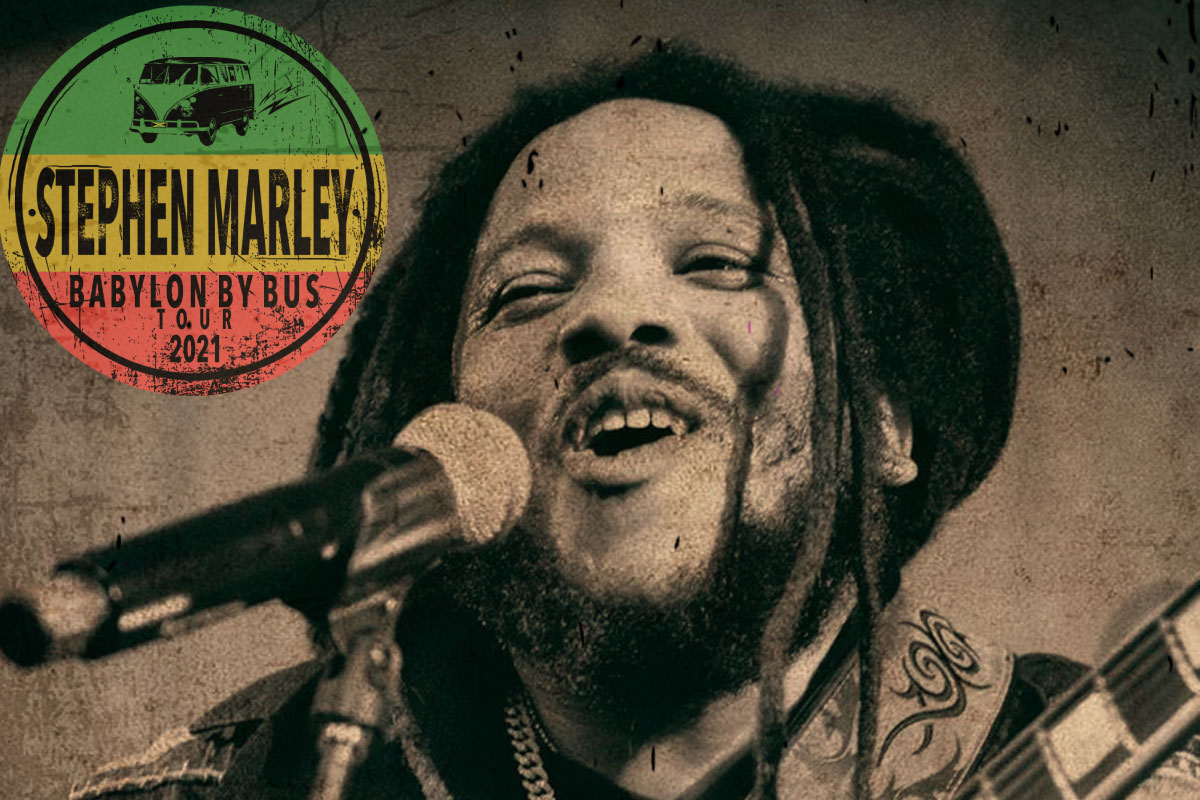 Eight-time Grammy award-winning singer, musician and producer Stephen Marley is a true pioneer of reggae music. The second son of music icons Bob and Rita Marley, Stephen is a legend in his own right, producing a robust collection of prolific music that infuses reggae with hip hop, soul, jazz, doo-wop and much more.

He began his career at the ripe age of six—singing, dancing and playing percussion with his siblings in The Melody Makers. While still a teenager he assisted in the production of the all of their albums including their three Best Reggae Album Grammy winners Conscious Party (Virgin Records, 1989), One Bright Day (Virgin Records, 1990) and Fallen Is Babylon (Elektra Entertainment, 1998). In 1993 Stephen founded the record label Ghetto Youths International with his brother Ziggy Marley as a means of controlling their own music and support emerging artists.

Following Stephen produced a number of chart-topping, Grammy award-winning albums including Chant Down Babylon, that presented an innovative fusion of his father’s original vocal outtakes from the 1970s Island Records’ sessions with duets with hip-hop and R&B artists, while updating the Wailers’ richly textured one-drop rhythms with an assortment of samples, loops and overdubs.

Stephen’s hip-hop infused dancehall beats achieved a new height of complexity on his brother Damian Marley’s 2001 album Halfway Tree (Ghetto Youths/Motown) which yielded several hits around the globe and won the 2002 Grammy for Best Reggae album. In 2005 Stephen produced and contributed vocals to Damian’s single Welcome To Jamrock—the biggest reggae song of the year—that to this day can be heard on repeat. His vocal and production contributions on this album won Stephan another Grammy for best album in 2005.

The highly anticipated release of his first solo album came to fruition in 2007 with the beautifully composed and uplifting album, Mind Control. Recorded at the Marley Music studio in Kingston and the Marley’s Lion’s Den studio in Miami Mind Control—which won the Grammy’s Best Reggae Album category in  2007—offers an organic blend of eclectic elements defying music categorization.

His dynamic musical success continued in 2008 with the release of his second solo album Mind Control Acoustic—an acoustic iteration of the previous album—followed by the debut of his third solo album Revelation Part I: The Root of Life in 2011. Stephen’s signature sound reigned true in this album that features an array of iconic hits including Jah Army (ft. Damian Marley & Buju Banton), Made in Africa (ft.Wale and The Cast of Fela), No Cigarette Smoking (ft. Melanie Fiona) and much more, winning him another Grammy for Best Reggae Album.

The second installment of the two-part series, Revelation Part II: The Fruit of Life, hit the charts in 2016 featuring a powerful collection of songs that represent his progressive ability to blend several genres of music. Legendary artists including Busta Rhymes, Rakim, Dead Prez, Rick Ross, Junior Reid, Bounty Killer and many more, lent their unique sounds to the album that is still played around the world today.

Since then, Marley has continued to release tracks with globally renowned artists including Options with Pitbull, 40 Days & 40 Nights with Salam Remi and Nothing’s Gonna Harm You with his son Joe Mersa. His work doesn’t stop there, in 2017 he brought to life the first annual Kaya Fest, a music awareness festival that highlights the benefits and educational opportunities around Cannabis. Stephen’s passion extends behind the scenes through the Ghetto Youths Foundation, a non-profit organization that works to benefit underprivileged communities in Jamaica and around the globe.

THIS CONCERT HAS BEEN CANCELLED.

It is with careful consideration that Stephen Marley has made the difficult decision to postpone the forthcoming Stephen Marley  “Babylon By Bus” tour dates in August and September 2021.  Unfortunately, the Denver and Vail dates at Number 38 and Gerald Ford Amphitheater, respectively, are cancelled.

If you purchased a ticket, a refund will be applied to your original payment method.

Fortunately, Stephen Marley will still be performing on Sunday, May 29, 2022 at Red Rocks Amphitheatre alongside Ziggy Marley and Ben Harper & the Innocent Criminals. Tickets are on sale now.

**Limit 8 tickets per customer. Price of tickets does not include service fees.**