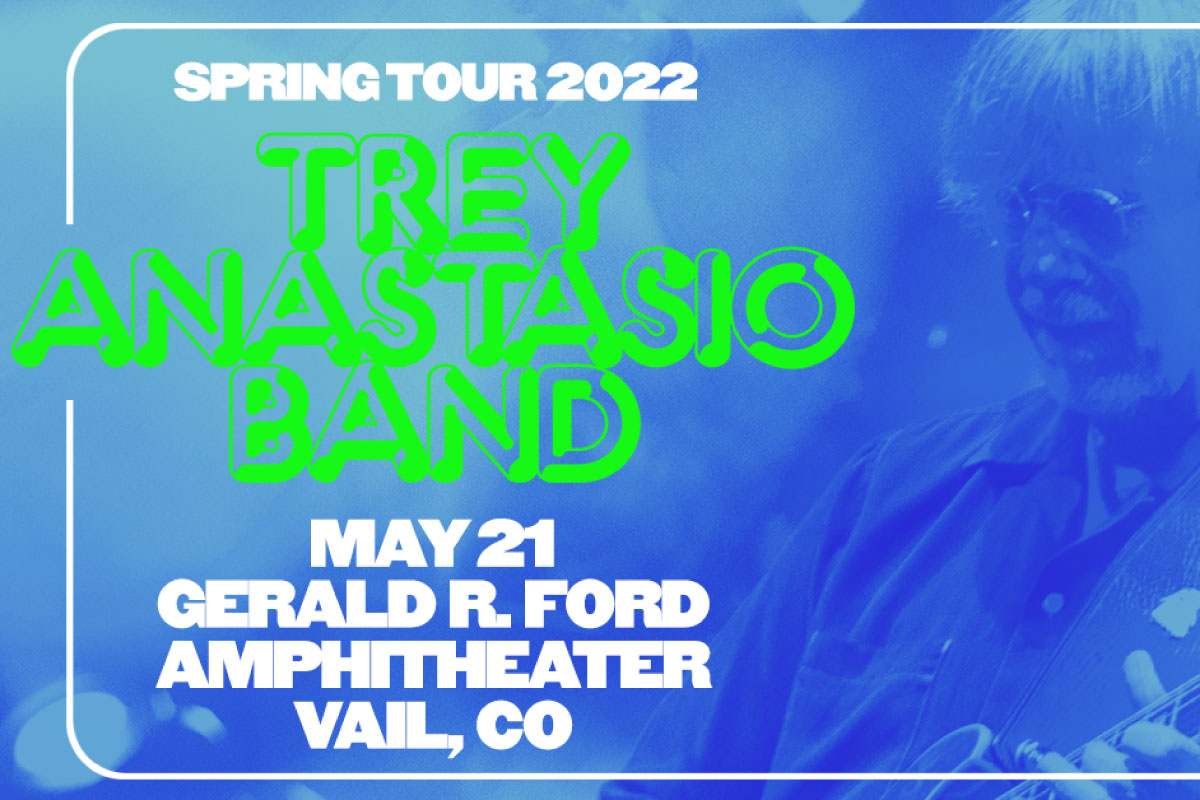 ABOUT TREY ANASTASIO:
Over the past three decades, composer/guitarist/vocalist Trey Anastasio has forged a multi-faceted career, winning acclaim in rock, classical and theatrical circles. He is a founding member of Phish, one of today’s most successful and innovative rock bands.

Anastasio has received GRAMMY® nominations for his recordings with Phish and for his solo work. He has collaborated with such artists as Dave Matthews, Herbie Hancock, Carlos Santana, Toots and the Maytals, B.B. King and The Roots, and – as part of the trio Oysterhead – Les Claypool (Primus) and Stewart Copeland (The Police). He co-wrote the music for the Broadway musical Hands on a Hardbody, which received a Tony nomination for “Best Original Score” in 2013. In the summer of 2015, Anastasio joined the surviving four members of the Grateful Dead for five stadium shows, which celebrated the band’s 50th anniversary and served as their farewell shows.

Anastasio has performed his original compositions with numerous symphonies. The New York Times hailed his Carnegie Hall performance with the New York Philharmonic as “that rarest of rarities, a classical-rock hybrid that might please partisans from both constituencies.” In 2014, he debuted a new piece for guitar and orchestra, entitled Petrichor, on a West Coast orchestral tour that concluded with a performance at the Hollywood Bowl, marking his second performance with the Los Angeles Philharmonic. In April 2019, Anastasio released his 14th solo album, Ghosts of the Forest, which Rolling Stone said was “built around psychedelic guitar liftoffs, ambitious arrangements and extremely personal lyrics.”  Between Me and My Mind, a film documenting Trey’s creative process debuted at the Tribeca Film Festival and played a sold out limited run engagement in theaters this past summer.

ABOUT TREY ANASTASIO BAND:
Since 1998, Trey Anastasio has toured and recorded with several backup musicians, including several side-projects organized and led by the guitarist and composer. While active, his bands did not have a name. Fans commonly referred to them as Trey Anastasio Band, or TAB for short. Through its brief history, Trey Anastasio’s band continued to add members, starting as a trio and ending as a octet. The current lineup features drummer Russ Lawton, and keyboardist Ray Paczkowski, percussionist Cyro Baptista, bassist Dezron Douglas, augmented by a full horn section, including trombonist/vocalist Natalie Cressman, multi-instrumentalist James Casey, and longtime TAB trumpeter/vocalist Jennifer Hartswick.

**There is a strict 4 ticket limit per show. Additional orders exceeding the ticket limit may be canceled without notice. This includes orders associated with the same name, e-mail address, billing address, credit card number, and/or other information. Price of tickets does not include service fees.

ALL TICKET SALES ARE FINAL. NO REFUNDS. NO EXCHANGES.